Changes in the Weather

I'm sure many of you have seen posts about a blatantly unconstitutional action in Massachusetts. There are links to the story here and here.

What TJIC said, IMHO, was ill-considered and perhaps stupid. I won't argue the point either way.

The IMPORTANT thing is, he has a God-given right to say it. The authorities have not just infringed, but shattered his 1st, 2nd, and 4th Amendment protections. I hope he sues them for every penny they've got. The ACLU should jump on this one.

This is a shot fired at our first and second amendment rights. I, also, am TJIC. 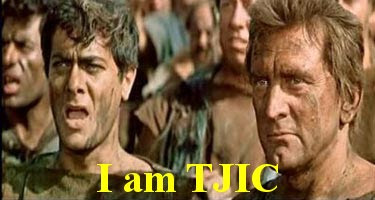 It's 13 above zero this morning - the warmest temp we've seen in a week, and some 26 degrees warmer than Monday morning.  We got a few inches of fresh snow, finally, and it's still snowing. AccuHunch is guessing we'll continue to warm into the upper 20s to maybe even 30 by the weekend.


And finally, there's this from the Anchorage Daily News:


JUNEAU -- Gov. Sean Parnell told legislators in his State of the State speech Wednesday night that he wants lower taxes on the oil companies and hopes to impose a state spending limit to avoid a "spending frenzy" by lawmakers before they leave town.

Thanks for your support!