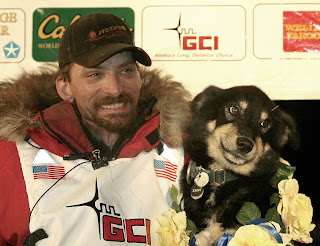 ANCHORAGE, Alaska (KTUU) - Iditarod legend Lance Mackey has died, according to an online post from his father and confirmed by a friend of the family, who announced his death on their Facebook page late Wednesday night. Mackey was 52.

Bill Borden, a friend of the family and former Iditarod musher himself, confirmed to Alaska’s News Source Thursday morning that Mackey has passed on.

The four-time Iditarod champion was diagnosed with throat cancer in 2001 but overcame the illness after undergoing both surgery and radiation therapy. He then announced his second bout with cancer in August 2021.

May he rest in peace.

May he rest in peace, and be pain free now!

The world is poorer for his passing.